The great saga of the new Apple TV+ series Pachinko begins in 1920s Korea, where a young girl named Sunja (Minha Kim) is to explore his adolescence under the colonial rule of Japan. She sees a wealthy foreigner in a white suit in a crowded market, the dashing Hansu (Lee Min-ho), from which an epic tale of forbidden loves blossoms, as originally told in the 2017 New York Times bestseller by Min Jin Lee. Meanwhile, in 1989, we meet Sunja’s grandson, Solomon (Jinha), a Manhattan-based business tycoon who returns to Japan to reunite with his Korean family and seal a deal that will get him a big promotion.

Creating the original music to tell this story of four generations traveling between Korea, Japan and America in different times and places posed a specific challenge for Composer. Nico Muhly, who honed her passion for choral creations and sacred music during her time at Juilliard. Since then, its various commissions have included The Metropolitan Opera with Two boys(2011) and Marnie (2018); Carnegie Hall and the Los Angeles Philharmonic; as well as ballets for Paris Opera Ballet and New York City Ballet. He also wrote film scores for The reader, kill your darlings, and the BBC’s adaptation of Howard’s End. Muhly might as well be the king of melancholy as his expertise lies in improving the sometimes tragic emotional lives we see on screen.

under the line spoke to Muhly via Zoom during Holy Week in Cambridge, England, where he was creating a “sad” piece designed for the Easter Vigil. It couldn’t have been a more appropriate setting for a conversation about how he used harmonic language and orchestral themes to decipher the past, present, and different timelines of Pachinko. Muhly talked about working closely with Music Editor Suzana Peric to find the best clues for each scene, and how the music reflects the drama of the story and not necessarily its story. 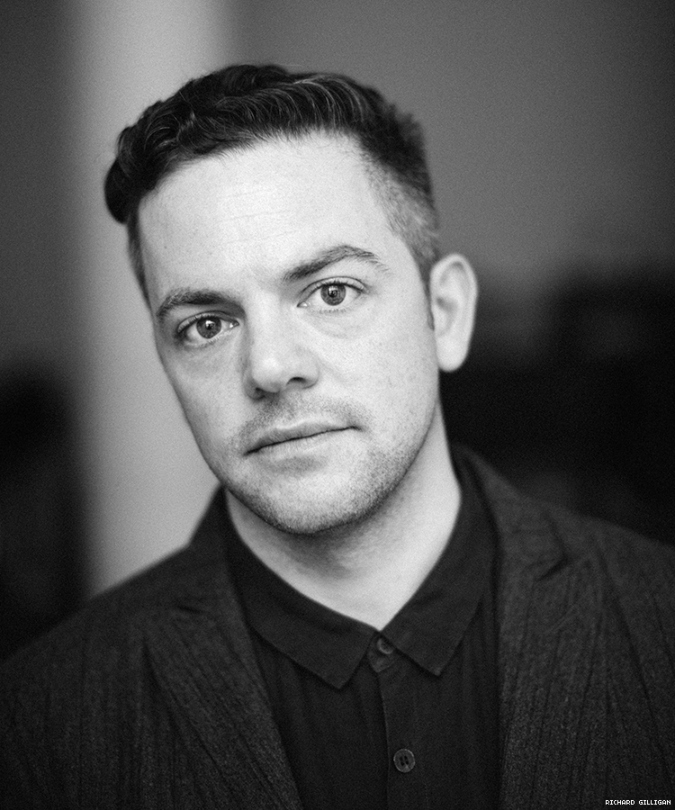 Below the line: what, in your style of music, corresponds to the history of Pachinkoand did you know about the conflict described in the novel?

Nico Muhly: I realized that I knew absolutely nothing about what happens in the novel of Pachinko. I went to a fancy private high school so there’s no excuse for me not knowing. Why wasn’t I taught in high school about the Korean War, and why weren’t we taught as a precursor to that, how Japanese colonialism worked. There is an enormous amount of information that has not been actively taught. All that to say I posted on Facebook asking if there was anything I should read about the colonial period and everyone recommended Pachinko. The showrunner, Soo Hugh, approached me, and she was my primary point of contact throughout the matter. I feel like she really reacted a bit to my choral music and my instrumental music. It was more about the music I had written for the concert stage for sacred purposes.

BTL: What do you think was his main direction for the music?

Muhly: Rather, it was to establish a coherent vocabulary for the score. There were some complexities. Are there themes? When I read the book, I was really shocked by the storyline because the book is linear as each episode’s storyline takes place in a million different places and time periods. You see Sunja at a million different ages, so the music has a lot more of a bridging role where you have to write tracks that are more like three-minute cues for all the time changes. 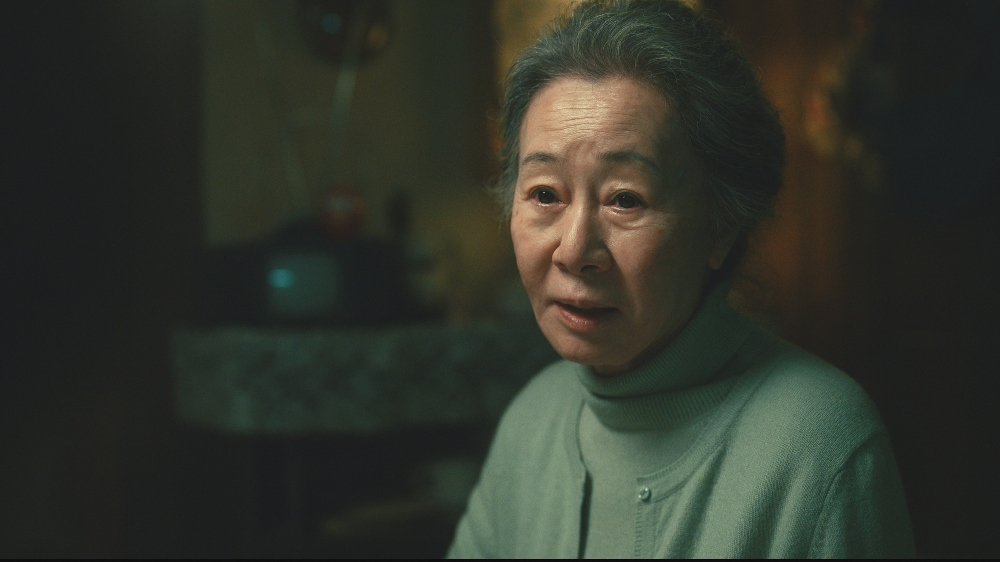 BTL: How did you solve this challenge?

Muhly: What I proposed was that I write something with a harmonic language that comes from Sunja’s very first episode as a little girl, and then kind of expands. The other thing I decided pretty early on was that I would never do anything where in the past the instruments were all acoustic and in the present the instruments were all electronic. Because you’re bouncing between timelines, I wanted to be pretty close to the characters, and sometimes capture the crazed terror of being a foreigner in Japan, or being another in Japan and being fearful of meeting the law.

BTL: Have you ever been tempted to use the instruments of the time?

Muhly: Needless to say, I’m one of the few non-Korean creatives on this project. One of the things I established early on was that I wasn’t going to use instruments that reflect the musical ramifications of the colonial era. I found that to be way too far out of my memory. Once we established that, I just started writing themes that could be malleable and bend. I really wanted to treat this as a drama and not as a historical piece that required me to put an instrument of the time in it. 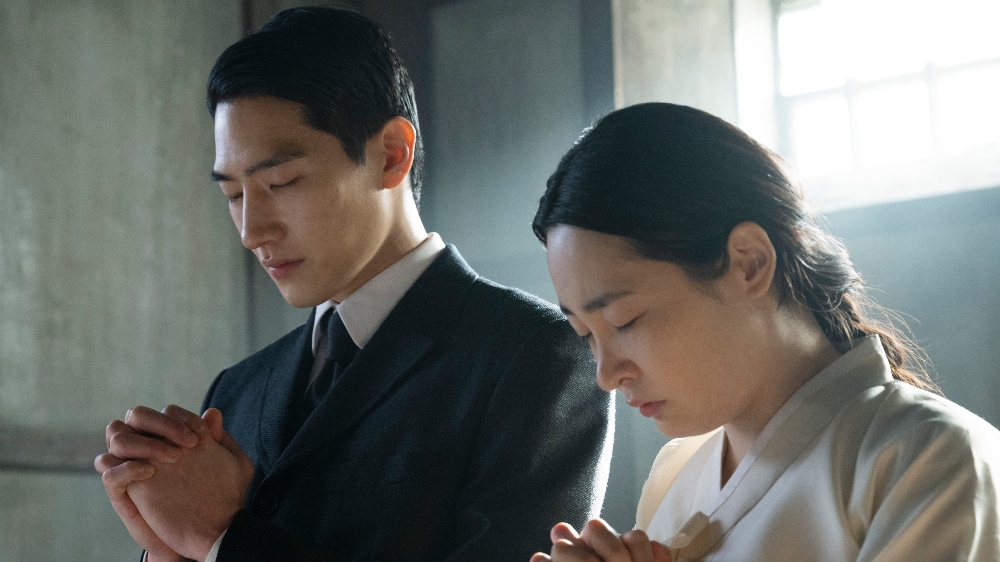 BTL: In light of that, what were the instruments you used to create the score?

Muhly: The largest score is for two pianos. There is a small army of synthesizers for subtle sounds. There are nine strings including a solo violinist and a solo viola. Then there is a flute which plays a rather important role, the oboe and the clarinet. It is a very tight and small set.

BTL: What were your favorite lines to score and why?

Muhly: There are a few montages where everyone packs all in different time zones. It was the emotional context of the packaging that amused me. I combined the sense of ritual and dealing with these repetitive little triplets that come out of some kind of minimalist tradition and then it just opens up to this big resolution. I really liked all the music where Hana calls Solomon because those scenes are so intense. There’s an office party where he’s on the phone with her where I used this kind of weaponized ambiguity that I feel like I’m really good at. The scene where she opens her eyes and is on the train to Osaka is funny because it belongs to this sound that you will hear over and over again, which is every time there is a big chyron where they establish the time and where you are, Sue and I said it was kind of Empire theme. These chords are kind of pillars of power structures that appear in these contexts that I love and are really fun to play. 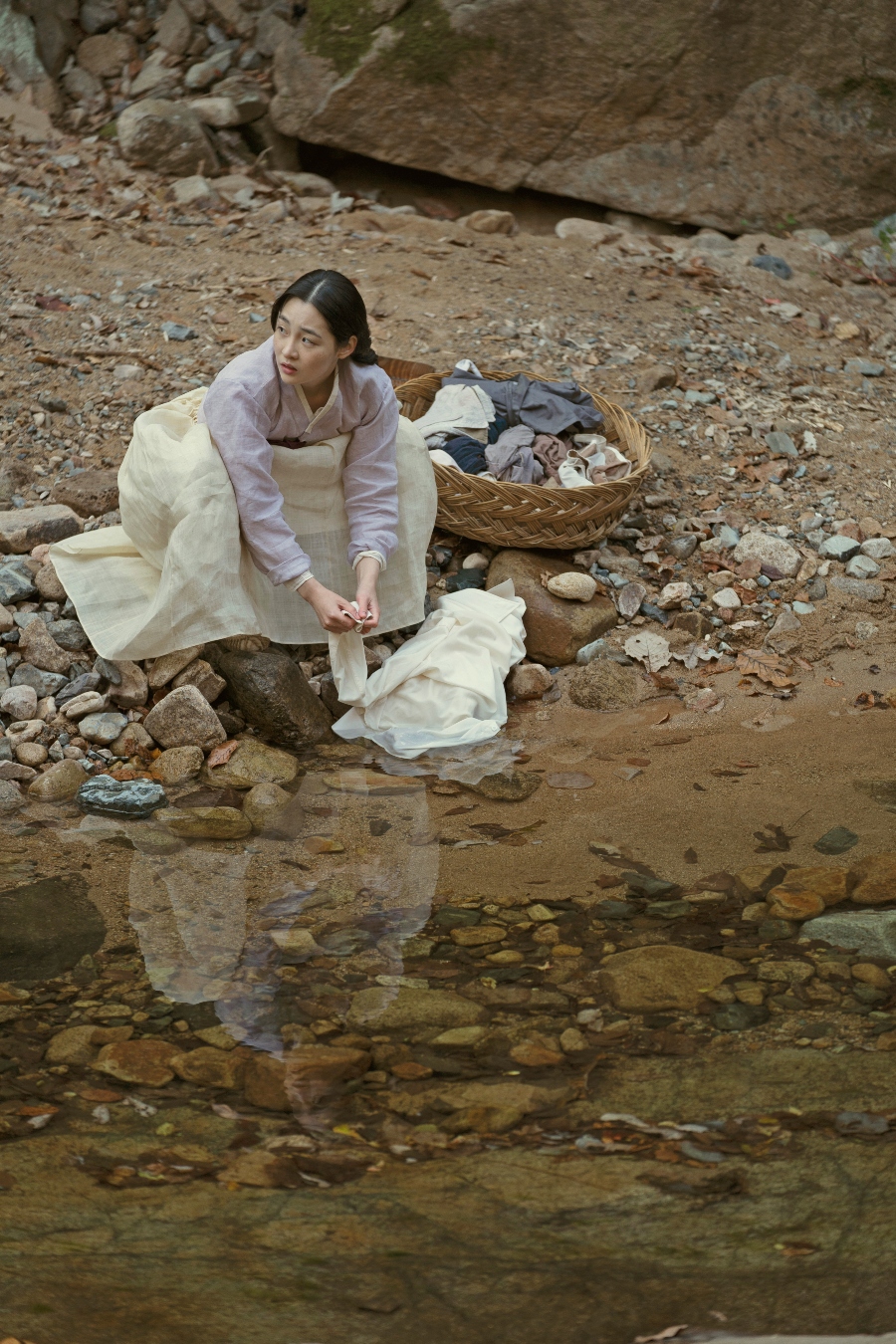 BTL: What was the hardest scene to pin down?

Muhly: The first time Sunja sees Hansu in the market because if you change a note of this thing and she says “that’s the big bad wolf, get out of there”. You change a note the other way, then it’s overdone. I tried a million different things and made it kind of a tango, weirdly. It wasn’t what I expected to write, but in a weird way it sounded like the gymnasium dance of West Side Story. It was very theatrical because he’s on this kind of catwalk and she’s on the other side of the market, and they see each other, and we, the audience, see this kind of dance between them. I don’t know what’s going on but people are obsessed with this guy!

BTL: Who else did you work closely with to create the music and how did it go, so to speak?

Muhly: One of the most important parts of this process is Music Editor Suzana Peric, which is just fantastic. She was such a good diplomat that she would say “that was a nice line but let’s try that a second later” or “let’s try this other thing in five episodes from now”. Interestingly, there are some clues, in the scene where Sunja and Hansu first have sex outside. I originally had something else for this, which is a big signal, but decided it didn’t work in context, so we shelved it. I wrote something else that worked great, and then we took that big mushroom tail and put it somewhere else.

BTL: Do you ever enjoy a piece of music that didn’t quite work out?

Muhly: Most of my years writing stuff to order where nobody hears it until the first rehearsal where they say you should change that. I actually enjoy this form of interaction because I find it’s my job to blend in and tell the story. Sometimes the best clues I write would violate the fundamental rule of how the score can work and how it should work in this piece, which is that the music really can’t know something until the audience knows it. We know it’s a tragic story, but I can’t hit her with tragedy even when they’re just going about their business. With a project like this, the music has to be a halo around the characters. Sometimes that was my temptation – to create music where everyone is going to die, which I didn’t even present sometimes. I was writing it and I was like “ok cool, that was the wrong version”. 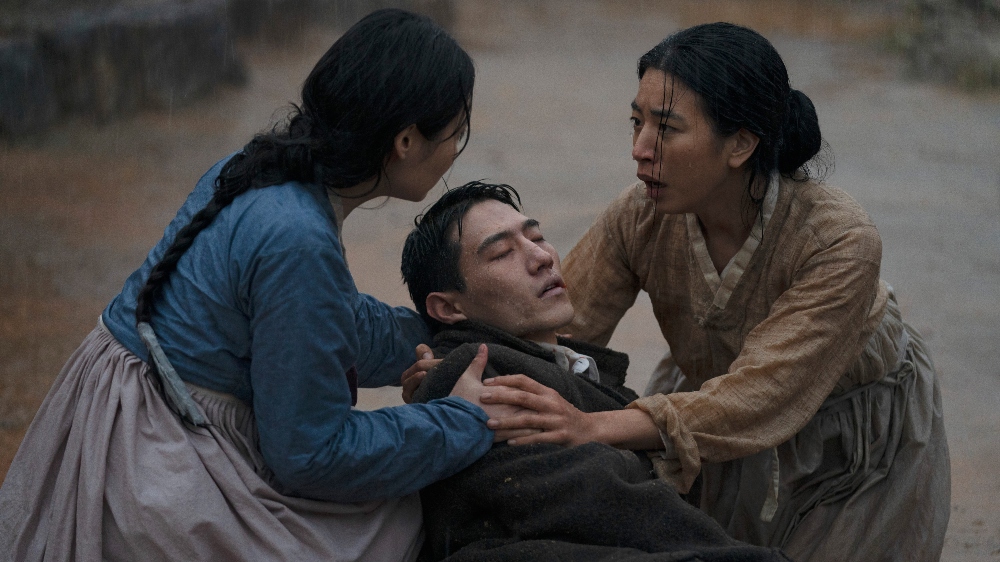 BTL: Can you talk about how the music was recorded, considering the pandemic and everything?

Muhly: The check in process was 60 times more intense due to Covid. I play piano so most of the recordings were distant like oboe and flute. I had the strings in Alaska, nine strings in my studio in New York. Covid has made things really complicated because normally everyone comes together and you do but with the winds there is a Covid delivery system through flute and trumpet. We had to do all this remotely and the oboe player was in Norway.

BTL: What do you hope your music conveys to viewers Pachinko?

Muhly: The music should be in a very intimate dance with the image, the words and the whole experience. I want music to be a good partner. I know for people who don’t speak Japanese or Korean, music becomes a more important part of the story for them. The other thing I wanted to do is focus on these characters and clarify when a cue illustrates something specific. I got such great reactions to the show from my friends and family. I would like people to think of the music as a wonderful bridge for the really beautiful way the show is put together. 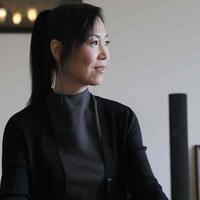 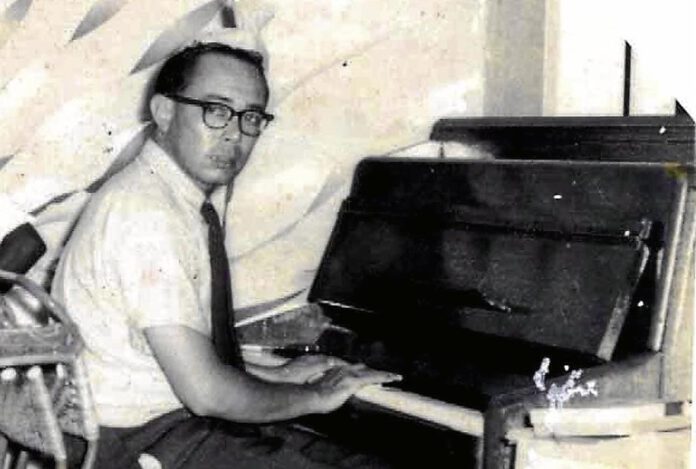 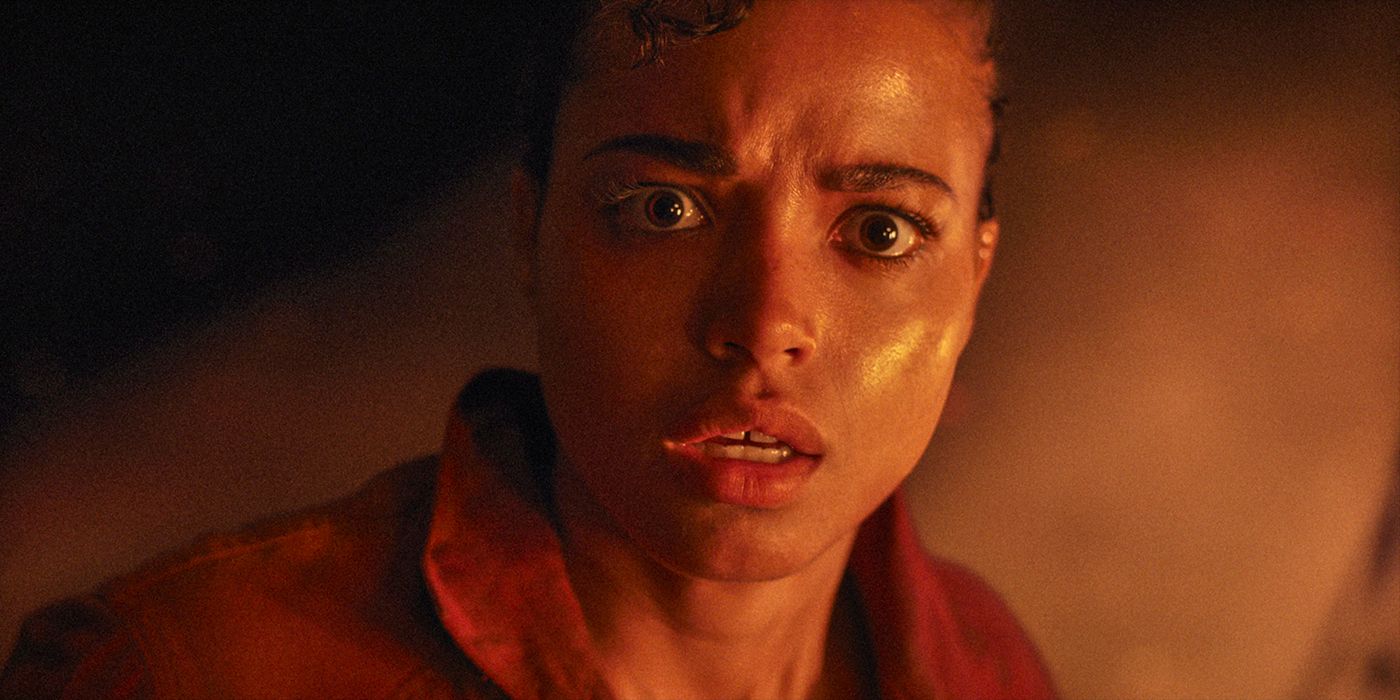