Composer and multi-instrumentalist Susumu Yokota’s symbol album is reissued on vinyl, via Lo Recordings in April.

At symbolYokota diverged from his previous albums, to incorporate elements of classical music as well as compositions from ambient artists.

On its 14 tracks, it combined samples from musicians such as John Cage, Meredith Monk, Prokofiev, Tchaikovsky and Debussy, with its own synth and programmed drum work.

Originally released in 2004 on his own Skintone imprint, Lo Recordings’ reissue of symbol marks the album’s first international vinyl release.

The reissue features the original cover illustration, which is from John William Waterhouse’s 1896 painting “Hylas and the Nymphs”, along with new liner notes by Ben Eshmade and Tsutomu Noda.

It follows the release of Power Plants 12″ by Hito Steyerl, with music by Yokota alongside Kojey Radical.

Pre-order symbol here ahead of its April 8 release, check out the artwork and tracklist below.

1. Long and long silk bridge
2. Crimson Rose Minuet
3. Traveler in Wonderland
4. Sleeping Forest Song
5. The plateau occupied by the Zephyr of Flora
6. The fairy dance of shimmer and shadow
7. Flaming Love and Destiny
8. The Dying Black Swan
9. Blue Sky and Yellow Sunflower
10. Capriccio and the innovative composer
11. I close the door
12. Symbol of life, love and aesthetics
13. Music from the surface of the lake
14. Symbol of Life, Love and Aesthetics (Alternate Edition)

A guide to record cleaning and the best entry-level methods 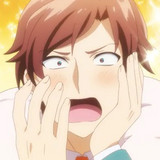